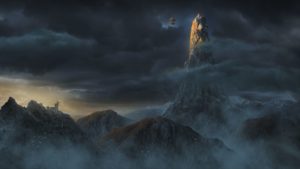 Legend of Grimrock: Destiny’s Chance began when I first started playing the game Legend of Grimrock. The game begins with you create four prisoners who, for reasons unknown, are tossed into a mountain prison, all chained together. The game requires that the party moves together, and survives the horrors found within Grimrock; which include a vast assortment of wild beasts, to deathly puzzles. 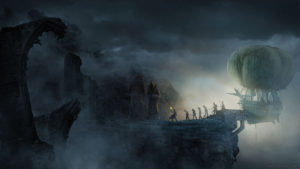 The (aspiring) writer in me needed a background for these four strangers, thrown together, and tossed into a Mountain prison. Why had they been arrested? Who were these characters? How could some of the beasts and magic that exist in Grimrock be explained? So I wrote a quick little introduction that brings the four characters together; and how the four of them end up in trouble with the law, and get arrested and tossed down into Grimrock to survive the horrors. 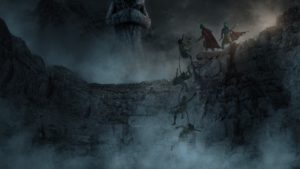 However, an unexpected thing happened. The characters called out to me (in my head), and told me that they wanted their story told. So, with the original segment posted on the Legend of Grimrock forum; I thought I’d do a little mini challenge for myself. Some things I wanted to do for this challenge were done to build my ability to be creative on the spot. So, what I began doing with each additional segment of the story I added: 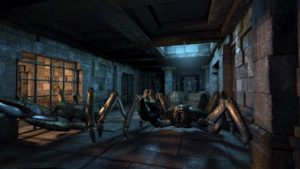 The idea was that I’d force myself to sit down, when I was feeling inspired, and give myself a short amount of time, to spurt out a story, and make it all tie together. However, as I said, none of this is planned out as I write it; so the story changes perspective early on (originally being written from the character Tawmis’ first person point of view) to a third person point of view, as the story grew larger than I had originally anticipated. So it’s all here – collected as I continue to add onto it – completely unedited. Perhaps, when it’s all said and done, I may go back, revisit the story from the start and edit it together in a more cohesive manner. 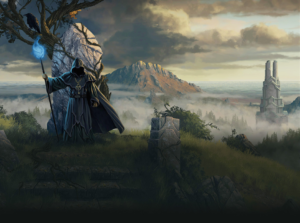